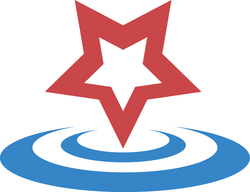 The MassSTAR star
Respect is one of the cornerstones of the MassSTAR philosophy. We believe that people should not be made to earn respect, that respect is one of their inherent rights as a citizen of the world. Respect is also not just a word to be bandied about, it leaves a tangible feeling in the atmosphere of a discussion that can be felt when mutual respect is being practiced.

There is no one true definition of respect: it manifests itself in many subtle ways, each of which are identified and taught to our MassSTAR delegates. Some aspects of respect include becoming a skilled communicator: being aware that listening is an active task, not a passive one, and the understanding that both the listener and speaker are working together in a partnership to make sure that the message is correctly received. Inclusion, both of oneself and of others, is another important dimension of respect that is demonstrated and practiced throughout the conference. No one's ideas are better or worse than any other person's, and all opinions that are based on thought and made with intentionality and thought are welcomed and accepted.

Responsibility, is the need to respond when you have an ability. Whether it is the ability to help provide food to the poor, comfort to children, or merely a smile to a stranger's face, we are all presented with a myriad of opportunities to make a difference in our world and communities.

MassSTAR strongly believes in the statement that "citizenship is leadership in action." That action takes on many forms in our lives. For MassSTAR, that citizenship is often expressed through community service. We have a responsibility to ourselves and others to give back to our communities. During the Citizenship Conference, MassSTAR delegates participate in a community service project that underlines our duty as citizens to support our communities. In the past we have helped to clean up parks, written letters to both servicemen and children in hospitals, and sewed bears to be given to young victims of house fires.

Responsibility is not just large projects that will affect many people. It is also found in the small details of everyday life: keeping an open mind or going out of one's way to include someone that is unlike oneself, respecting everyone, no matter what their background or beliefs may be. 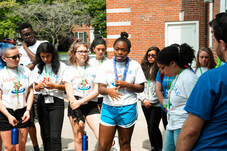 MassSTAR Conference
at Lasell University in Newton, MA
Collaboration is a word that is often heard in our society today, and yet is very rarely practiced. True collaboration means working together, working for a common goal that is understood by all, working through interaction, rather than working for separate individual goals and then compromising once everyone has come together as a large group. As one of our alumni stated during a workshop, "Collaboration is better than compromise, because when you compromise everybody loses a little bit, even if they also win a little bit too. When you collaborate, then everyone wins without having to lose."

Collaboration, of course, cannot exist without respect or the support sense of a team. At MassSTAR we believe that collaboration can only begin when everyone internalizes the proverb ‘No one of us is as smart (or strong, or creative) as all of us,’ the idea that by working as a team we are far more powerful than working as individuals, and particularly not as powerful as we can be if we are working against each other for some personal objective. To help optimize this sense of collaboration, MassSTAR delegates are introduced to the basic theories behind team building and the evolution of a community spirit, while they put those ideas into practice in their own small groups and the larger MassSTAR community.

Initiative is an important trait for young people who are looking to make a difference in their world. Because of their age, they are often overlooked, and so must use their own resources and confidence to put themselves forward to join or create an organization that will be able to impact their communities in the ways that they feel it is their responsibility to do.

Initiative takes on many facets. One area that the MassSTAR Citizenship Conference highlights is that of self-awareness. Before a citizen can begin look outward, he or she must have an intimate knowledge of his or her own abilities and resources. Under- and overestimating one's abilities can both be harmful to the goals that one is working towards. There is also a need to know and recognize the difference between being assertive and being aggressive, and be able to tell the difference in one's own behavior.

Proactivity is also an important dimension of initiative. The Massachusetts Youth Leadership Foundation considers proactivity to be an essential frame of mind for today's citizens. Merely reacting to past problems will never lead to true growth. Instead, delegates are encouraged to look ahead, anticipate problems before they come up, and have solutions in hand to avoid those problems. Tightly tied in with the idea of proactivity initiative is the skill of goal setting, the theme of one of the MassSTAR Citizenship Conference interactive workshops.

Intentionality is an important skill for today's citizens. With so many options open to us at every moment of the day, we need to focus on why we are making particular choices. Are these choices in line with what we stand for, preparing us for a future that we strive to achieve, or simply made on the spur of the moment, taking into account only what appears best for us at this particular minute?

All of our actions must be made with intentionality. We cannot just float through life hoping that others will put into effect outcomes that we would like to see. We are the source of change, we are the ones taking the initiative, to make a difference. But no change can come about if not implemented with a clear, realistic goal and a well-planned execution.

Acting with intentionality means setting goals, both for the short-term and the long-term. It means making choices with those goals in mind, so that every action becomes one more step towards the future that we envision.